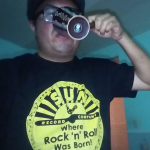 Bitchmakerkeke: I think my work provides people an outlet to escape the stagnant reality

Bitchmakerkeke is a findom and content creator. She studies a Bachelor of Science in Security, also works in cybersecurity and worked as an exotic dancer for ten years. She is a woman 4’11 tall, with dark brown hair and green eyes, she is thirty-four years old and, to tell her own, she is in her prime. I age better than good wine.

I am quiet. I am always thinking and over analyzing.  I get my best ideas when I am about to fall asleep. I love learning about how the human psyche works. I tend to stay in as I am a recovering alcoholic,  but a huge pot head.

Meaning of being a woman: I can use my brain and body to easily break a man’s will.  Women were blessed tits, ass, and the ability to analyze before we react, unlike men who are controlled by their cock (most of them).

Being a woman is power. We are strong. We have babies, we do 10 things at once, we have tits that hurt when you want to work out, and periods. Men would not make it a month in our shoes.

What attracted you to dedicate yourself to work as a an adult performer, creating content oriented to findomme fetish and other fetish?
I quit dancing about 4 years ago because I was working 2 jobs and went back to school.

I missed the rush of a hustle, of learning how to manipulate minds, meeting people and hearing all of their stories, so I searched online. Craigslist still had their personals at that time so I got into panty sales. It was not very exciting, I continued to research and found Twitter and the findom community. It took a while to find my niches.

I just experimented. I love to do intox sessions, they are very hardcore, exposure, blackmail and more. The name Lifemanagerk is because I will use your fetishes to help you accomplish positive goals or complete ruin.

Through your experience, what does your work means, and what are your thoughts about it?
I think my work provides people an outlet to escape the stagnant reality of real life. I can be equally cruel and nice, so I also think I provide companionship for some people who are lonely. I think fetish work can be very positive if done correctly.

It is difficult because there are so many people doing fetish work. It is a numbers game. Not to mention time wasting messages, being insulted if you do not look perfect, drama between dommes.

I sit in the virtual corner and spectator. Also content sales, I put in hours of work and lots of money to content and people do not realize how much work it really is on us. Buy more content!

What are your favorite things of your professional facets?
I love the way I can take peoples hobbies that they love and convince them they don’t, I love implanting myself into someone’s brain, they become literally addicted. I have an amazing voice, tits to kill and I am creative. I can not tell my secrets here.

What’s on your mind when you’re in front of a camera, also on a domme session?
When I am doing a session, I am usually considering the other parties kinks. It is important we are both satisfied and the subs needs are met. If it is someone new I ask for constructive criticism to make the experience better for next time. Its all about the long term game. I want long deep relationships with my subs.

Can you describe of your sessions?
My sessions vary from abdl to intox to sissy. Usually, they are combined intox, sissy and blackmail. I have a variety of games I have made for sessions.

I also add twists as they come to me. If you dare choose intox be ready for a wild ride. I use my tits and hypno eyes to appeal to subs, as long with subliminals I have made to get them into sub space. Aftercare is always offered. Sessions vary because I taylor every session to the person involved.

How do you prepare for create content, what’s your focus?
My focus is being creative. I want to be who I really am and stand out with content. There are so many people doing the same types of content, I really brainstorm ways to make it interesting.

I pick a concept, prepare outfit, makeup, hair, drink a pot of coffee. Then I film and edit with several different apps.  I do it all myself and I am always learning new tricks.

Inspiration:
My family’s future. I’m always planning my next move to ensure no one will struggle.

How did you feel until now about your work and achievements?
I feel good, I learn something every day and I keep progressing and forming new relationships.  I want to improve my content, but that will be something that will be ever evolving.

Current projects:
I am a webmaster of two sites bitchmakerkeke.net and permanentexposed.com Bitchmaker Keke is a safe, non judgmental forum for dommes and subs. Now I just need people to use it. I also sell content there as well as my onlyfans. Permanentexposed.com is for those who love exposure.  They can pick and exposure package and that is that. Lol.

I am going to release my new content platform which is in beta right now called Fetsecret.com. It is still being built and tested for lawful compliance.  I want the models (of any gender, race, or fetish) to keep most of their money. I will only be charging a 5% of commission and will randomly promote everyone, not just top sellers. @ourfetsecret on Twitter.

How is the ambient and life on set, where you create content and do your sessions?
I create out of my home so I am very relaxed and comfortable. It is a little inconvenient not to have a dedicated content area at the moment so I do a lot of setting up and taking down, also with lockdown it has been harder to find alone time to film.

A day in my life is I wake up around 8, drink a few cups of coffee, respond to kik, twitter, fetlife and emails. I work off my phone most of the day besides when I am working my vanilla job.

I take care of all household work, cooking and sometimes some online shopping. About 16 hours a day 6 days a week is dedicated to my fetish work and subs. Sometimes I just need to take a day off once a week. I usually donate to a charity or do a domme give away once a week or so.

Your experience during quarantine in COVID-19 times: At first it slowed down a lot. Money is starting to normalize back to what it was before, sometimes better ( my goals are based on weekley earning).  Some people are struggling yet need me as an outlet so I have been working with all incomes. It seems to be the right way to go.

Mentally, with everything going on in the world some days are hard. I know it is for everyone.  Where I am covid is spiking so there is worry of what is to come.

The frustrations of lockdown are of course cabin fever,  there has been an increase of online time wasters and scams to steal money and some people really have to sneak around to play.

Hobbies, dreams, fears; strenghts, fetish, and weakness that you want to share: my hobbies are makeup, I have a huge collection, shoe shopping, being with family and getting high to binge watch a show and have a cheat day on my day off. I also work on my sites.

My dream is to have a few million by 40 through making the right decisions with my money.  My main dream is that we make it through this racial tension and solve the major problems in front of us first so we can maintain survival. I am scared of the unknown.

My biggest fear. Also I am scared of deep ocean or lake water. There is lots of dangerous shit down there. I saw a body in a lake once, that was that. My weakness is committing to more than I can do sometimes. I get overwhelmed. Life throws in extra shit too.

What is making me angry right now is the racism and police in the USA. It has to change. My son is African American and im scared for his future. I could go on for hours about this but we all know.

Future:I will be getting my bachelors, owning a home, continuing to invest, my family will be able to enjoy all of the fruits of my labor and I will do some form of fetish work for as long as I can. I also want to persure my career in cyber security and learn more about the psychology of the brain.

A quote that talks about you, it can be with your own words: “Money can’t buy you happiness, but it can get you a relationship with me in which I force you to be happy whether you want to or not. So I guess money can buy happiness.  $bbr”

How would you like to be remembered? The spiral eyed brunette barbie.

Drinks: if i wasn’t on keto or an alcoholic vodka. Now coffee. I also loved Arnold Palmers.

Cities/places: Seattle, Austin, New Jersey, Toronto . I want to go to so many more places.

Movies: Pink Floyd “the Wall”, “SLC Punk,” “Across the Universe” anything Blumhouse, “Idiocracy”, “Slammin Salmon” idk there’s so many.

Characters (fiction & historical): Hm.. why is this hard. Fiona Gallagher on Shameless, Anfisa from 90 day fiance, i love Dave Chapelle, also Anna Kendrick in anything. Terry in Reno 911, Marissa Tomei as the stripper in “the wrestler”  Mickey Rourke in anything.  Woody Allen in anything.

Blogs/magazines/newspapers:random tech stuff and news, not enough time in the day.

Una frase que hable sobre ti: “Money can’t buy you happiness, but it can get you a relationship with me in which I force you to be happy whether you want to or not. So I guess money can buy happiness. $bbr”