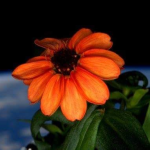 One of the first things I noticed about people on the internet is their tendency to share their health problems with total strangers. If these conversations were taking place in health forums then I would not have thought twice about it, but these conversations were taking place in Yahoo and AOL BDSM chatrooms. I read about yeast infections, UTI’s, chronic diarrhea, and other things that made me realize that I should never eat lunch while in a chatroom. What surprised me the most was that many of the people openly discussing these issues were ProDommes who were in the room to primarily advertise their sessions and speak with potential clients.

Fast forward to today, and I see the same thing happening on Twitter and, to a lesser degree, Instagram. Some ProDommes seem to be perpetually sick, and that led me to wonder whether potential submissive clients are turned off by this. So, I asked around.

The general consensus is that it is a huge turn-off when the Domme is not someone the submissive serves on a personal level. One sub wrote, “The last thing I want to think about when trying to get a session is her yeast infection.”

Another sub told me that the only reason he would want to know about a ProDomme’s health problems is so that he knows who not to schedule with.

My own slave, Alice, mentioned how sometimes it seemed that the Dommes were in competition with one another as to who had the worst medical issues. Asked if he ever contacted any of these Dommes for service (this was before him becoming owned by me), he mentioned that he always avoided the “sickly Dommes”.

The only real exception I heard about was when the Domme’s problem was life threatening. For example, one sub told me that he does not want to know about basic day-to-day medical issues, but would want to know if a Domme he sees has cancer and will not be around much longer. I asked him if her sharing something like her back problems would be a turn-off, and he said yes.

For example, I have seen Dommes who “get sick” every time their social media engagements drop off a bit and they are not getting a lot of “likes” on their posts.

Invariably, they start off their tweets or videos with “A lot of people have been asking me about my (insert mysterious medical ailment here)….” Looking back at their engagements, it is clear that nobody is asking them anything. What I find interesting from a psychological standpoint is that these are the same Dommes who are always in the center of some dramatic nonsense. Coincidence? Probably not.

So, my findings are summarized as such: if you cannot take sessions this week due to a cold or flu, it is cool to mention it. If you are dying, your subs may want a last chance to see you (not necessarily for a session). But for everything else, the average submissive client is completely turned off by a Domme’s medical problems.

Not surprising is that there seems to be a correlation between how often a Domme is sick and how unlikely a sub is to want a session; the more she mentions being ill, the less likely the guy is to schedule something with her.

* I would like to quickly thank all of the submissives who took the time to correspond with me on the topic and to offer their honest perspectives. I greatly appreciate your contributions.