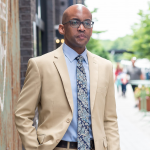 We’re in the midst of either an evolution of our collective American viewpoint on sex and sexuality, or just reaching the point where Americans just lose the importance of sexual freedom and civil rights in the undertow of the wave of digital streaming media searing into our minds and lives on a daily basis. In the past two years, kink-friendly and/or sexually-progressive broadcasting has become something of a cottage industry on streaming and cable services. Most notably, it’s Netflix — one in four adult Americans has a subscription — which has taken the lead in ensuring that sex is, alongside Netflix’s numerous other broadcast options, always ever-present and available for consumption. However, in its presentation and mass marketing possibly missing the point on honest, realistic portrayals, has it done more harm than good in mainstreaming the calls for respect for sexworkers and the sexworkers rights movement?

In an era wherein FOSTA and SESTA exist and cause innumerable problems for sex workers attempting to remain sustainable as businesspeople, the quote “injustice anywhere is a threat to justice everywhere” feels like an apropos response. The famed notion posited by Dr. Martin Luther King, Jr. in his 1963 “Letter From Birmingham Jail” is important here because if roughly one in ten Americans has paid a sex worker for services rendered, and one in five Americans has a Netflix subscription, then there’s about 30 million people for whom a show like “Bonding” is the first time that they have ever encountered BDSM, D/s, or sex work, and if the show itself is wildly inaccurate, then the potential for the viewer’s perspective to be off is highly likely.

As well, there’s the topic of camming, which is covered by the film “Cam,” which, as Verge notes, “[g]iven the timely concerns about deepfakes and altered video, it’s natural to assume the film will eventually head toward some sort of explain-it-all climax, using technology and machine learning as a boogeyman, and dissipating all the tension and unnerving weirdness the film has built up until that point. But Cam doesn’t go that route. It passes up the clunky, obvious explanation on its way toward a more satisfying, sinister ending. It’s a clever move in a taut film that’s filled with clever moves. Cam focuses less on the real ways technology can be weaponized, and more on how vulnerable people can feel when their online identities are ripped away from them.”

As long as sex is a big business with taboo appeal, sex will have a place in the niche-to-mainstream offerings of portals like Netflix. However, at present, Netflix’s presentations of sex and sex workers are just so haphazard and sloppy as to make one wonder if, for the benefit of the sex work movement, they’re even worth considering as assets to the cause. This is, of course, frustrating, as when there are 60 million potential eyes (yes, that’s roughly half the number of people who voted in the 2016 US Presidential election), one would hope that an accurately portrayed cause could sway angry and negative public opinion and national legislation. However, if the populace is being introduced to hackneyed content, the notion that the impact of how that content can foster change must be questioned.

As for solutions? With an independent industry that is as deep as it is wide with talent, Netflix should be aggressively contemplating contacting sex-positive directors and writers, or more specifically those who direct or write pornography or explicitly sexual presentations. Foremost, synergy between those who occupy “taboo” and “mainstream” spaces is ideal as far as reducing stigma. Moreover, as far as “getting it right?” The aforementioned “Hot Girls Wanted” counts famed actress Rashida Jones as a producer. Jones is many things, a sex worker not being on that list. Advocacy and allyship are important, but in this case, not actually who and what were actually needed in a position of leadership and public awareness.

Ultimately, we’re at a dynamic point insofar as the future of sex work in America. It’s simultaneously mainstream and underground, with opportunities for raised awareness and shame on levels not imagined in generations. For social movements as with coal, moments of pressure either create diamonds of brilliance or hope, as dust, crushed to earth. On the surface, the choice of what we want is simple. However, when it comes to how we want and get it, the nuances contained therein are inherently troublesome and will clearly take time to improve. Sooner is better than later, and ideally the darkest hour is just before dawn.